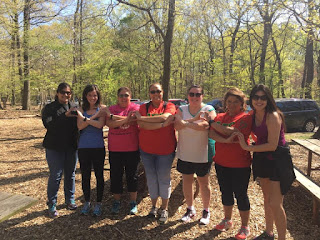 The Native American history is one often marred with struggle and injustice. However, there is a new wave happening and many students are going to school, getting degrees that can help their communities and families.

When I was growing up, I didn’t have as much of a grasp on Occaneechi-Saponi culture, it wasn't until after moving to Kansas, and getting to know tribes there that I became interested in my heritage. There is a transformation happening across the U.S., encouraging older Native Americans to embrace their heritage again. I see it now with my friends, and their families. Since I joined the oldest native american sorority in the U.S. I have become more focused on my family heritage.

Although older generations of Native Americans experienced the brunt of the Assimilation and Eradication Era, many children are becoming interested in trying to save their heritage and preserve their history.

Native Americans are the only ethnic group required to prove lineage or blood quantum, and differences among federally recognized tribes make cultural traditions more complex to understand. Although there have been significant strides in Native American progress, sovereignty remains a current issue today. That there are many misconceptions about tribal affiliations. My grandparents discouraged practicing cultural traditions because of prejudice, but now it is easier as I become older to look back and trace my history.

For More Information, fill out the form below.