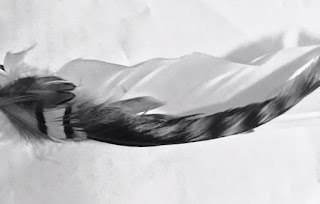 With Spring upon us, it is natural to think of love. Native American culture is composed of many tribes, each with distinct traditions and customs. It is difficult to characterize any aspect of a wedding as being “Native American”.  Some traditions are common to many tribes, while others are unique.Most Native Americans believe that in the universe there exists the Great Spirit – a spiritual force that is the source of all life. The Great Spirit is not pictured as a man in the sky but it is believed to be formless and to exist throughout the universe. The sun is viewed as a manifestation of the power of the Great Spirit.

Some Native American wedding ceremonies are informal, while others are quite formal. When they were not small and informal, they were solemnized with feasts and merrymaking. Evening is the traditional time for the ceremony to occur. Water is used as a symbol of purification and cleansing. The bride and groom have a ceremonial washing of hands to wash away past evils and memories of past loves.

One tradition that I have read about was Cherokee, I have many friends who are Cherokee and tell me about this tradition. The Cherokee wedding ceremony is a very beautiful event, whether it is the old fashioned, or ‘ancient’ ceremony or a modern one. The original ceremony differed from clan to clan and community to community, but basically used the same ritual elements.

Because clan-ship is matrilineal in the Cherokee society, it is forbidden to marry within one’s own clan. Because the woman holds the family clan, she is represented at the ceremony by both her mother (or clan mother) and oldest brother. The brother stands with her as his vow to take the responsibility of teaching the children in spiritual and religious matters, as that is the traditional role of the ‘uncle’ (e-du-tsi). In ancient times, they would meet at the center of the townhouse, and the groom gave the bride a ham of venison while she gave an ear of corn to him, then the wedding party danced and feasted for hours on end. Venison symbolized his intention to keep meat in the household and her corn symbolized her willing to be a good Cherokee housewife. The groom is accompanied by his mother. 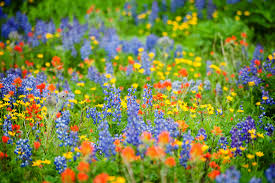 After the sacred spot for the ceremony has been blessed for seven consecutive days, it is time for the ceremony. The bride and groom approach the sacred fire, and are blessed by the priest and/or priestess. All participants of the wedding, including guests are also blessed. Songs are sung in Cherokee, and those conducting the ceremony bless the couple. Both the Bride and Groom are covered in a blue blanket. At the right point of the ceremony, the priest or priestess removes each blue blanket, and covers the couple together with one white blanket, indicating the beginning of their new life together.

The Blanket Ceremony is among the oldest and best loved traditions. Two blue blankets used in the ceremony represent the couple's past lives that may have been filled with loneliness, weakness, failures, sorrow and spiritual depression. The couple are wrapped in the blue blankets and their relatives follow them to the sacred fire circle.

Indian marriages were considered a contract for life. Although divorces were not common, they did occur. The only formality required was the dividing of the marriage blanket. If a person was disloyal, the offending person was usually publicly whipped by the women. In the case of an offending wife, all her possessions were removed and she was turned out of the lodge. When separations were mutually agreed to and the marriage blanket was split, the couple’s property was equally divided and the children were provided for by the mother.

For More Information, fill out the form below.